A friend of mine ran into a problem.

This is the story of all about how I saved a friend $200 in Macbook repairs.

TL;DR: Replace scissor switches on the Macbook Air by buying a new keyboard assembly and salvaging keys & switches from the part itself.

The first instinct of most Apple customers is obvious and correct. If you are having problems with an Apple product and you are not sure what to do, go to the Genius Bar. They have the right tools and information to repair their hardware.

For my friend, their solution was to replace the key on the laptop. This worked for about a month before the keys started falling off en-masse.

Going back to the Genius Bar, the recommendation was to replace the entire keyboard assembly (and top assembly) costing about $200. The geniuses did replace the keys but it didn't help. For a four year old laptop, $200 is almost half its value so I offered to help.

Taking a look at the problem, I noticed that a key was prone to falling off if you hit it in a certain corner. If you hit it in the center, the key generally stayed on a little longer and still worked. This is a clue that the underlying key mechanism is still working.

Most keyboards are a very flat plastic circuit with a large dimpled rubber sheet atop it. When you press a key, you're really pressing on the rubber dome underneath the key. This completes a circuit which tells the keyboard's internal micro-processor what key you're pressing. The keyboard then translates this data into some numbers and sends it to your computer. Your computer takes this data and renders the appropriate character based on the numbers received from the keyboard.

If the keyboard circuitry itself is working, why should we have to replace the entire keyboard assembly?

As with most problems it's useful to root-cause what the source of your headaches is and form a hypothesis. With a keyboard you generally have about 4 potential problem sources:

We know that it can't be 1 or 2 because the button still works.

The rubber domes rarely ever break. They're usually only ever broken because a repair went bad. Usually the fragile little dome gets accidentally torn.

That leaves us with the scissor switch.

Therefore my hypothesis is as follows:

"Years of typing have worn out the scissor switch such that it is imperceptibly bent. By pushing one corner of the key the opposite corner lifts off of the switch, removing it from the keyboard assembly."

I don't have random Macbook parts lying around. I'm not insane. So to test our hypothesis, we should swap the scissor switch from one key to another.

Most key replacement tutorials don't cover removing the scissor switches because it's not very common. The basic goal is to get under the white plastic switch and flex the switch off of the hooks. 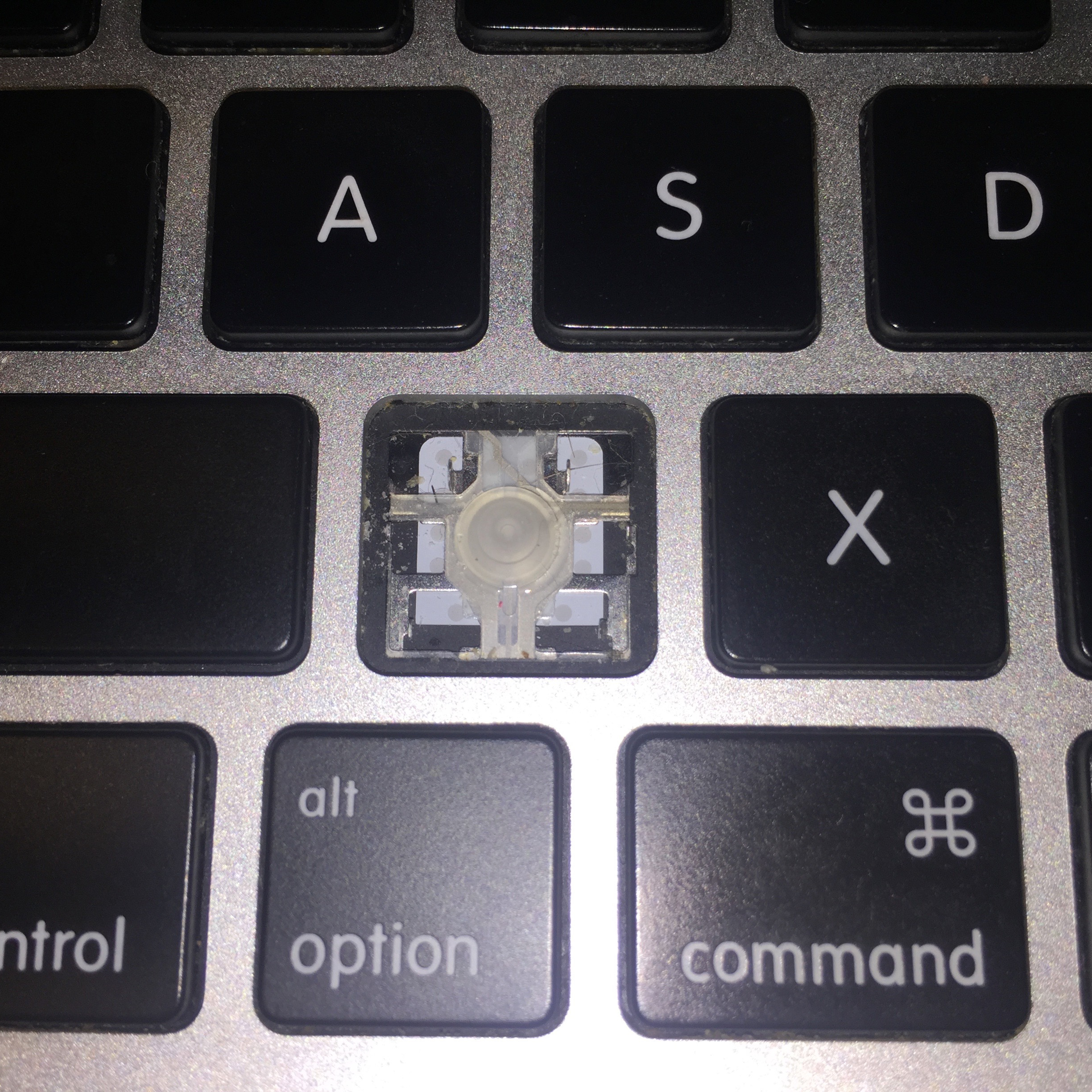 To remove keys along with the switch from the keyboard:

Do this carefully enough and the entire switch should come off.

To remove the switch you really should use one of those blue spudgers. I personally have an older version of the iFixit Pro Tech Toolkit that iFixit kindly gifted me from a bug bounty. It comes with all the tools you might need to work on tiny electronics. Thanks iFixit!

By swapping the two keys an and their switches we make a great discovery.

The original broken key remains broken in its new home and the working key remains working as well.

Thus our hypothesis is confirmed, the switch is broken somehow.

Going to a site like https://www.replacementlaptopkeys.com/ could be the right decision if you're missing a single key. It comes out to $8 for a single key, switch, rubber dome, and shipping.

That could cost something like $25 to replace all four broken keys with no margin for error (e.g a switch breaks when you pull it off).

Instead we can look at the problem more intelligently. For one thing, we really are more interested in the switch than the keycap. The Genius Bar seems to be happy to replace them for free. So how much is just the switch? 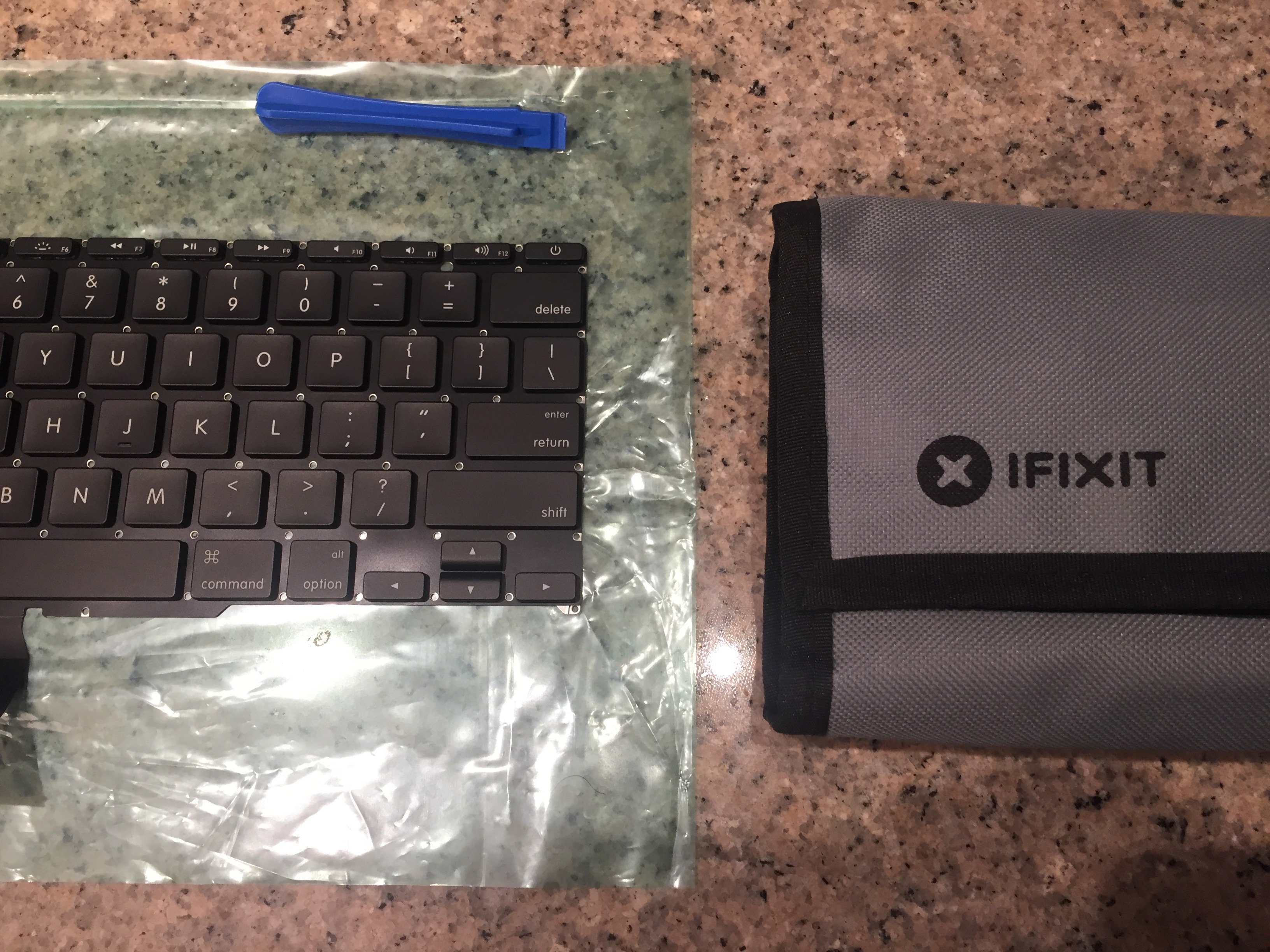 Now we can replace the switches and keys with our spudgers and have room for error in case we accidentally completely break a switch.

It's not much different removing keys from the new keyboard assembly part. In fact it's a little easier because you are not hindered by the aluminum casing. Refer to the instructions above to get this done.

Lo and behold! A fully functioning keyboard, for a fraction of the Apple suggested price! 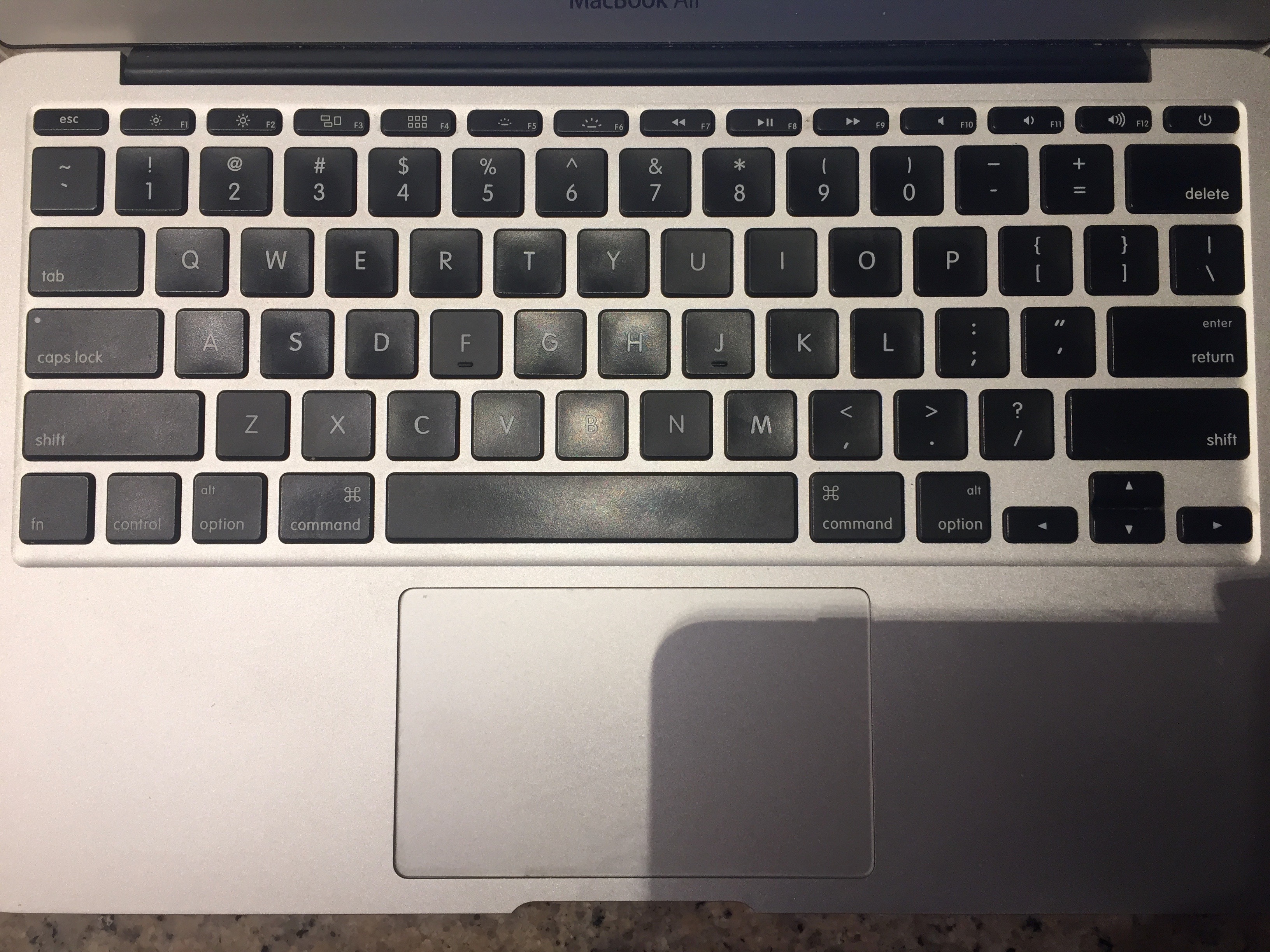 If you have a friend that gives you tech support, be sure to show your appreciation. They can really save you some 💰💰💰 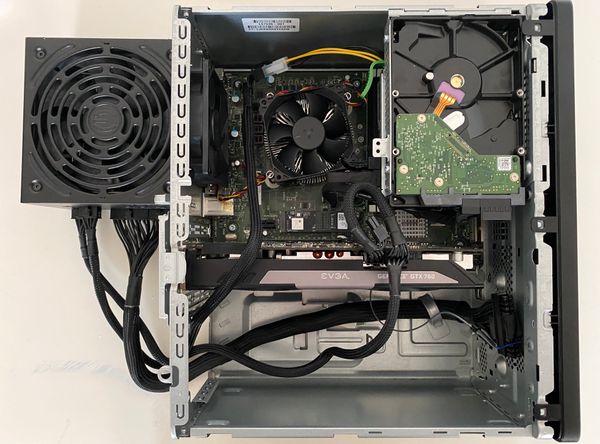