I've played with binja a bit and here are some things I've figured out that help me when working with it.

Virtual Environments are great, they help you keep your Python modules organized and even let you switch Python versions pretty easily.

If you have the commercial license and leverage the scripting interface it may help to install the binaryninja module in a virtualenv.

You can do that with the following commands with virtualenvwrapper.

All of a sudden you're that much more organized!

For users of binja's commercial license there's little problem with just modifying the PYTHONPATH (like we did before with add2virtualenv) to include the binaryninja Python module and also use IPython.

If you run into issues with IPython calling sys.stdout.flush() and giving an error about _PythonScriptingInstanceOutput, keep reading.

For users of the personal license it's a little more difficult to get IPython working.

First you need to modify __init__.py to effectively break the built in Python console while you are using IPython.

You should now apply the patch here by modifying the last few lines of __init__.py to the following code:

Now if you normally use Python installed via brew (as you should be doing) run:

Binja should open up except instead of using the built-in system Python it will now use the brew installed Python.

and IPython and all its tab-complete goodness and syntax highlighting should be visible in the terminal that started binja. 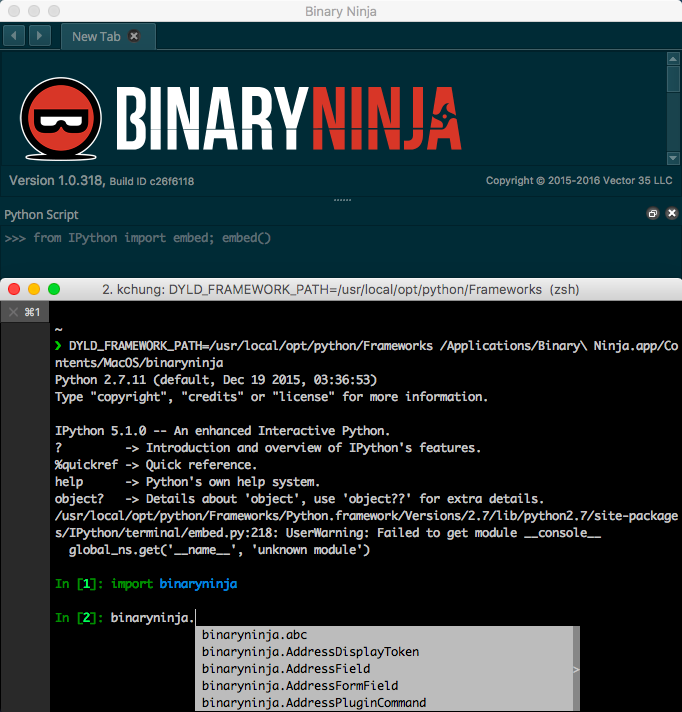 If you're on OSX you can simply use DYLD_FRAMEWORK_PATH to get binja to use Brew Python and by extension, the modules installed by pip.

If you're on Windows, you should apply some patches to the __init__.py file located at 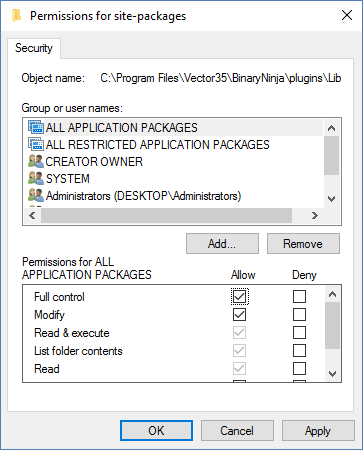 From here you can go into the binja Python console and enter:

Between module installs you may need to restart binja to get the interpreter to recognize the new modules but it should work properly if you don't have the commercial version. 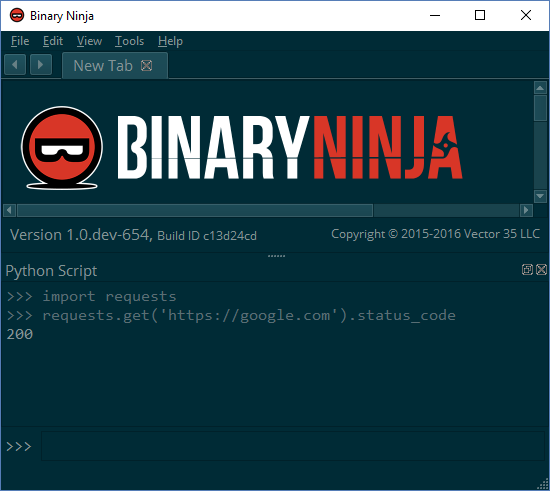 You can try to use pip through a similar method but I've had less success with it unless I ran it from __init__.py before the _PythonScriptingInstance* classes stole stdin/stdout/stderr away:

I hope these tricks are useful to you if you use Binary Ninja.

This post was written with the help of David Manouchehri 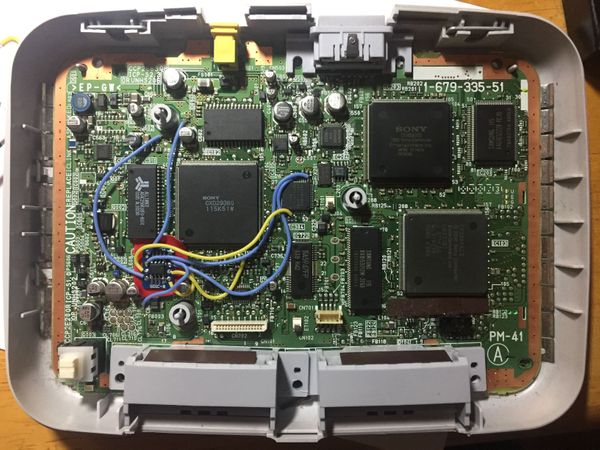